Host your next conference at the Aldrich Center.

The power of a place is created by the ideas and deeds of people who occupy it. One Walnut Street in Boston is more than a building. It is the home of The Engineering Center Education Trust, a wellspring for the community of engineers, surveyors, and allied professionals whose creative energies ease our daily lives and make our world work.

TECET also cultivates an atmosphere for learning and professional camaraderie through technical meetings, educational and professional development programs, a library, web site, grants, and events to inspire increased public awareness of our profession, and provides a permanent home for our engineering and land surveying societies.

The Engineering Center Education Trust is an educational and charitable nonprofit trust and owner of One Walnut Street in Boston. Since October 1989, TECET has fostered education of engineers, surveyors, and allied professionals with emphasis on life-long learning. TECET provides a home for professional and technical meetings, public outreach, and non-profit organizational support.

Learn more about the scholarships we offer.

A twelve-person Board of Trustees consisting of four representatives from each of the following sponsoring societies governs TECET:

The American Council of Engineering Companies of Massachusetts (ACEC/MA) is the business association for engineering firms. Our members include over 110 of the leading engineering firms in Massachusetts and Rhode Island ranging in size from single employee entrepreneurs to branch offices and headquarters of national firms. ACEC/MA is dedicated to assisting its members in achieving higher professional, ethical, business and economic standards to provide quality consulting engineering services for their clients and the public.

The New England Intelligent Transportation Society of Massachusetts (New England ITS) serves as a forum and resource for ITS and increased awareness of ITS, and serves as an advocate and champion to mainstream ITS technologies and services. We carry out this mission in cooperation with our members and partners, now and into the future. Our goal is to increase awareness of local ITS projects and ITS benefits among local policymakers, political leaders and the general public. Our objective is to establish ITS Massachusetts as a resource for information on regional and local ITS projects and benefits.

The American Council of Engineering Companies of Massachusetts Education Corporation is a 501(c)(3) organization created for charitable and educational purposes, including, but not limited to, (i) the sponsorship and funding of scholarships for engineering and land surveying students, (ii) the sponsorship and funding of lectures, seminars and conferences, journals and other publications, and grants for the purposes of continuing professional education of engineers, land surveyors and related professionals; and (iii) the sponsorship, funding and/or conduct of research in the areas of engineering and land surveying for the benefit of the general public.

Today, BASE is made up of member firms around the State of Massachusetts and other New England states. It continues to serve its members who are mostly business owners. It also continues to provide service to the public in the form of education towards the public and its members to provide safe, long-lasting, and economical structures in the built environment.

The MALSCE Education Trust was founded to enhance the profession of land surveying and civil engineering in Massachusetts by providing scholarship and education grants for the students of land surveying and civil engineering who are Massachusetts residents. The MALSCE Education Trust is a 501(c)(3) nonprofit charitable organization.

MSPE is the only Massachusetts organization that provides engineers of all disciplines with opportunities for professional connection, development, and career advancement. MSPE education and outreach programs promote the countless ways that licensed, ethical engineering improves the well-being and security of all people. MSPE is an affiliate of the National Society (NSPE). 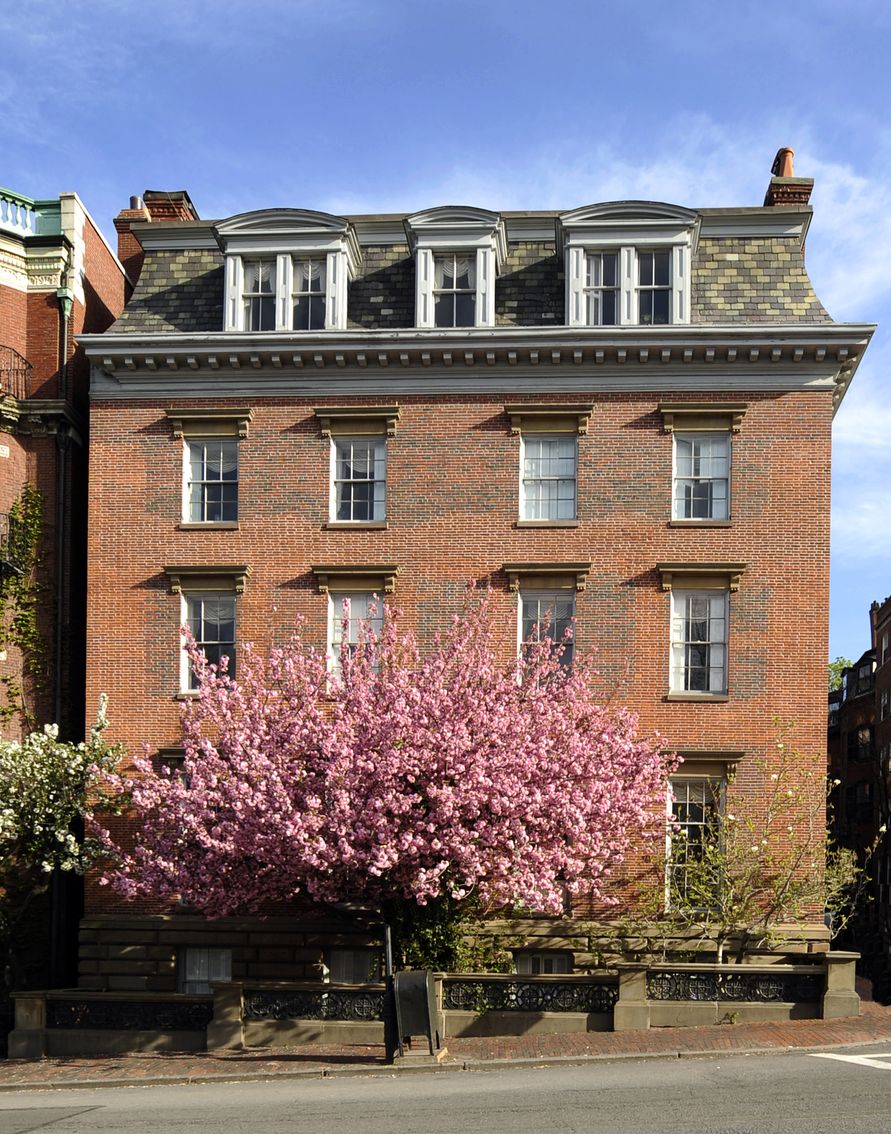 In 1989, TECET became steward of One Walnut Street. Its interior is exquisitely detailed in Victorian style with an exterior emblematic of Boston's red brick architecture. Designed by Charles Bulfinch in 1804, the renowned architect of the Massachusetts State House and US Capitol building, the building is named The Phillips-Winthrop House after its former residents John Phillips, Boston's first mayor, whose son Wendell Phillips, the famous abolitionist, was born in the house in 1811, and by Thomas Lindall Winthrop, Lieutenant Governor of Massachusetts from 1826 to 1832.

Connected through the century to the paths of prominent Bostonians, the house was donated in 1939 to the Judge Baker Foundation by Mrs. James Storrow. In 1978, a complete historic renovation was undertaken to restore the house to its present carefully-preserved condition. The rehabilitation was certified by the US Department of Interior that documented the building’s significance to the Beacon Hill Historic District.

In 1989, the Phillips-Winthrop House became home of The Engineering Center. Its interior is exquisitely detailed in Victorian style with an exterior emblematic of Boston's red brick architecture.

Today, the rich historic legacy continues. The Aldrich Center is owned by The Engineering Center Education Trust, founded by three engineering and surveying associations: BSCES, the Boston Society of Civil Engineers Section/ASCE, the oldest technical society in the United States, established in 1848; ACEC/MA, the American Council of Engineering Companies of Massachusetts; and MALSCE, the Massachusetts Association of Land Surveyors and Civil Engineers. Through The Aldrich Center, The Engineering Center Education Trust serves the engineering community and other industries, catering to diverse professional meeting needs.

Through The Aldrich Center, The Engineering Center Education Trust serves the engineering community and other industries, catering to diverse professional meeting needs.

Learn more about the Aldrich Center, or contact us to book your space.

The Engineering Center Education Trust (TECET) houses a complete collection of the Civil Engineering Practice journal, published by the Boston Society of Civil Engineers Section/ASCE, in addition to many other historic engineering and land surveying publications and resources in its research library in the Kleinfelder Library at One Walnut Street.

The Kleinfelder Library at The Engineering Center is open to the community during regular business hours, Monday through Friday, except during certain holidays. To find out more about the resources available to you, contact tecet@engineers.org or call 617-227-5551.

By honoring these leaders The Engineering Center Education Trust brings their great accomplishments and talents to the attention of the community. Their great achievements will inspire the engineers and surveyors of the future.

The intent of the Leadership Award is twofold. To recognize and honor the men and women who improve daily lives with their visions and dedication to their fields, and to demonstrate the endless possibilities of the future to the young men and women who will be the leaders of tomorrow.